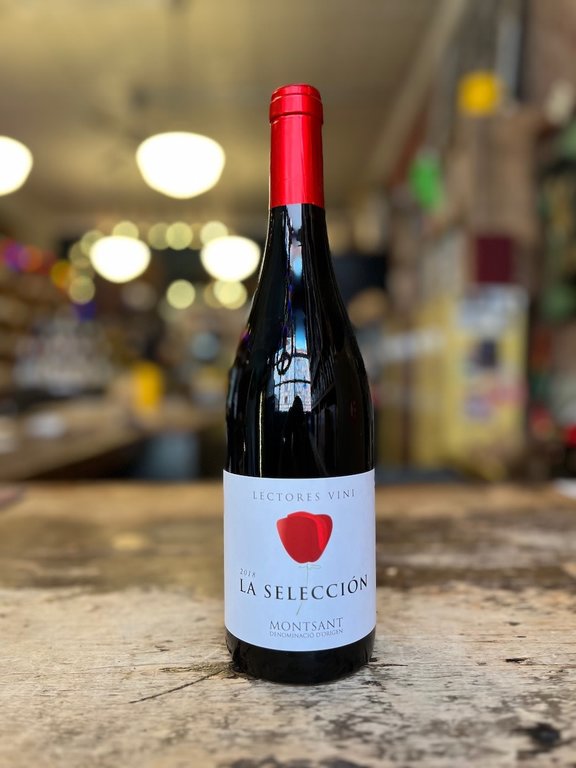 A red wine made by Antoine Touton & Fredi Torres in the Montsant appellation (DO) in Catalonia , Spain.

This wine of a ruby color, opens with notes of ripe red fruit (cherries and blackcurrants), spicy (pepper) and floral notes . In the mouth it is a wine of freshness and flexibility, with a strong mineral background.

The tannins are soft and discreet. A beautiful intense finish unveils a female character , as embedded in a silk glove. A specific wine and well, despite his youth, which is nice and easy to drink. A delight!

This wine comes from vines planted in clay and limestone facing south-west, 300 meters above sea level. Viticulture is biodynamic, without pesticides or weedkillers. Manual harvesting is érafflée, before the tank and the wine is 11 months in stainless steel tanks. Production of around 10,000 bottles.
Enjoy with a butter chicken and red ginger.

Fredi Torres Estate located in Gratalolops, consists of different plots within the appellations Priorat and Montsant (Catalonia). This Spaniard from Galicia grew up on the shores of Lake Geneva, where he became at the age of 16 years a top DJ. He stops her career night owl at 21, to devote to his other passion wine, which opens up new horizons. He then joined the prestigious three-year Federal Agricultural Research Station of Changins, he traveled to Argentina and South Africa and working for René Barbier at Clos Mogador to complete his training. He then worked several years at area Sao del Coster (Priorat) in which he will give his international renomé. In 2014, he created his area and begins a new adventure in his own name. The vineyard consists of 8 hectares in the Priorat on schist soils (Llicollera) and granitic sands between 300 and 600 m; and 4 hectares in Monstant on clay-limestone soils at 400m altitude. In his cellar, he intervenes as little as possible: "My obsession is to make wines with good drinkability, but in compliance with the typical characteristics of the region and grape varieties that I grow I sulfite minima, but I sulfite anyway,. I am not an extremist of sulfur-free. My job biodynamics is not a marketing element. "

The name Montsant DO Denominacion de Origen (Designation of Origin) is located in Catalonia - Spain. This Catalan designation of 2000 hectares, of which the capital is Falset, exists since 2003 and takes its name from a rocky massif that surrounds the Priorat like a horseshoe. The varieties are almost the same as in Priorat but with a preference for black Grenache that thrives in sandy soils of granite or limestone. Here we find the Picpoul, Hairy Grenache, Tempranillo, Carignan and Syrah. Among whites include Grenache Blanc and Macabeu. In the south of the appellation are pre-phylloxera vines planted on sandy areas exist.

The climate is Mediterranean, the North Wind "Seré" brings the cold of winter, while the south wind "Gardinada" that comes from the Ebro delta brings humidity and summer heat. The vines are planted on plains or valleys of little altitude average of 100m to 300m they often find themselves in the middle of a forest biodiversity, almond and hazelnut cultivation.

The wines are not without resemblance to those of their big brother of Priorat , deep, intense, balanced with perhaps slightly less complexity, though the vintage Espectacle René Barbier proves otherwise. Overall velvety red wines are full bodied and very good value for money .