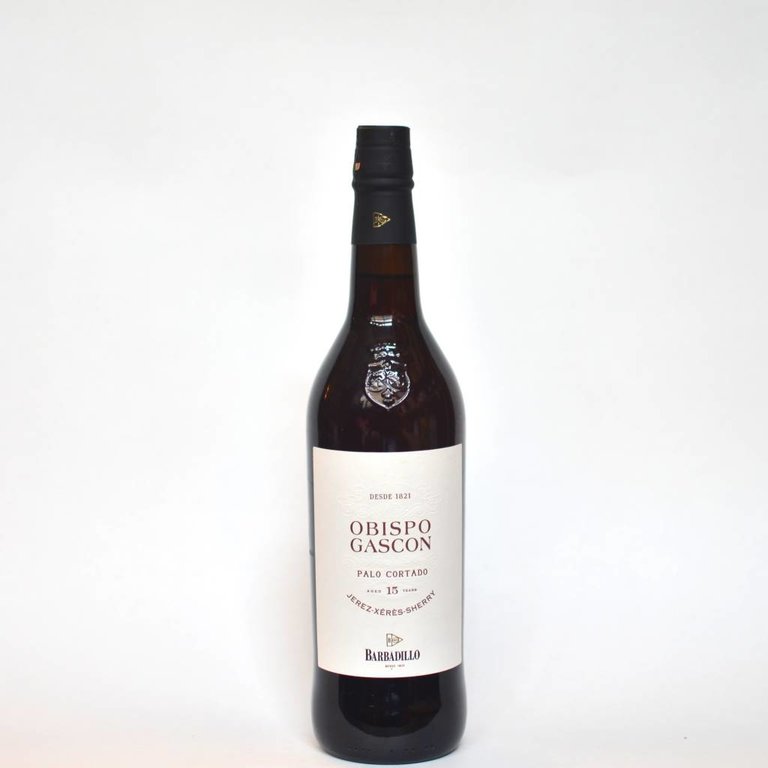 The Palo Cortados are some of the most exciting wines in Jerez. Although its process of elaboration is a physical-chemical process of oxidative aging such as an Oloroso, its organoleptic characteristics place it between an Amontillado and an Oloroso, thus becoming a delicate Oloroso. Palo Cortado translates as “cut stick,” the wine gets its name from the symbol the cellar master "Capataz" chalks on the barrels when he/she tastes the wine. Aged 15 Years.

This sherry's appearance is clear to medium amber. The nose is clean with pronounced aromas of toasted hazelnuts and dried fruits. It has a powerful mouthfeel with underlining finesse and elegant round finish.

Barbadillo is, without a doubt, both the largest and the leading bodega of Sanlucar de Barrameda. Created in 1821 by Benigno Barbadillo, the company its still owned today by the seventh generation of the Barbadillo family. In Sherry, they own 500 hectares of vineyards, stock around 60% of the total production of Manzanilla which ages in 12,500 botas in their great cellars in Sanlucar, mainly in La Arboledilla winery, the tallest bodega in the Marco de Jerez, an impressive 16 meters high, and in a network of 16 other large and small bodegas in the Barrio Alto, the High Quarter of Sanlucar de Barrameda.

They were the first to bottle Manzanilla en rama (unfiltered) back in 1999, doing four sacas (bottlings) per year, one during each season, which they sell in half bottles with labels that clearly identify the saca and year. As a curiosity, they probably stock more Palo Cortado than any other winery (on earth),120 casks, as the famous Toto Barbadillo had an obsession with that category and purchased all he could get his hands on.