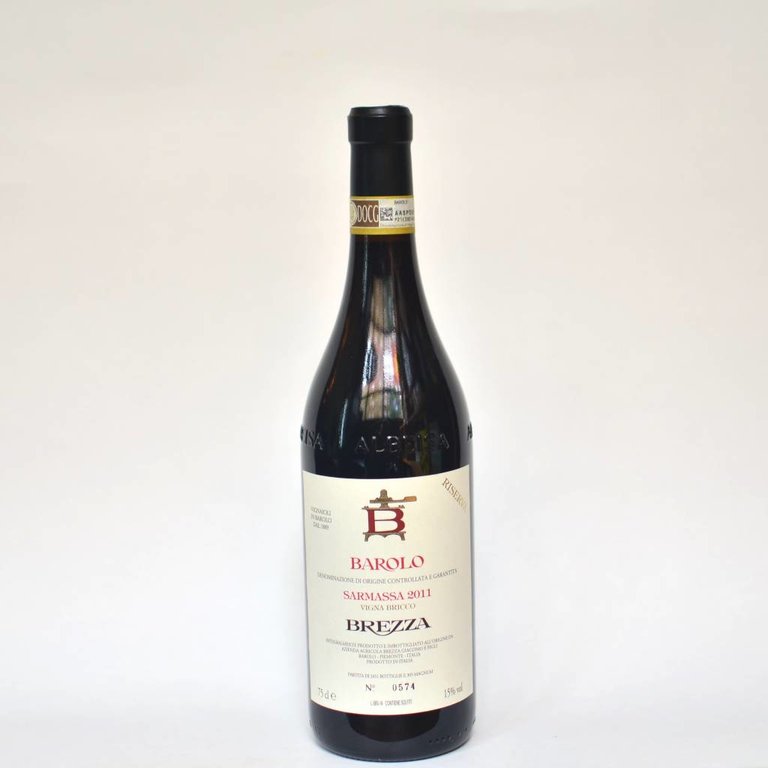 Certified Organic. In ancient times, this area was called Salmassa, a name that probably originates from a source of brackish water welling up in its vicinity. This is one of the smallest Crus in Barolo and Brezza only has one hectare, planted in 1941. The soil of this vineyard is typical to the town of Barolo, made mostly from Sant’agata fossil marne (clay and silt) The wines produced here are of greater quality in dry years. In fact, the higher percentage of clay and silt ensures a larger water retention. For example, the 2003 vintage, a vintage often seen as flabby and overblown for many producers is stunningly elegant from this vineyard. Grapes are hand harvested and transported in small bins. Fermentation lasts for 7-8 days and maceration continues for another 30 days. During this time the cap is submerged and pump over is done several times a day. Malolactic takes place in cement vat before the wine ages two years in 30 hl Slavonian oak casks. The wine is transferred back to concrete for another 8 months and undergoes several rackings to allow bottling without fining or filtration. The wine ages another year in bottle before and is numbered before release. Approx annual production 600-700 cs.

About the producer
For anyone who is a fan of traditionally made Barolo, Brezza should be on the short list of classic producers. First started in 1885 and still family owned and operated, they’re a bastion of the old-school, graceful style that make no compromises with their adherence to the methods and philosophies of an older era. Today, Brezza is run by 4th generation owner and winemaker Enzo Brezza. Enzo’s first vintage was in 1989, and the quality of the estate has soared under his steady hand. This should come as little surprise given his training under his father Oreste and the influence of his uncle and godfather Bartolo Mascarello. While Enzo has remained unwavering in his commitment to a traditional style of winemaking, he has by no means been complacent with pushing the estate in terms of viticulture. Barolo has not always been at the forefront of organic viticulture, yet Enzo converted all their vineyards into being fully certified organic as of 2015 (conversion began in 2010). Composting, cover crops, and using small tractors are just some of the steps they’ve used to improve their vineyards’ health. In the cellar they’ve adopted spontaneous fermentations in the cellar for majority of their wines. They age their Barolo strictly in large cask, give the wines ample time during elevage, and bottle without filtering or clarification.