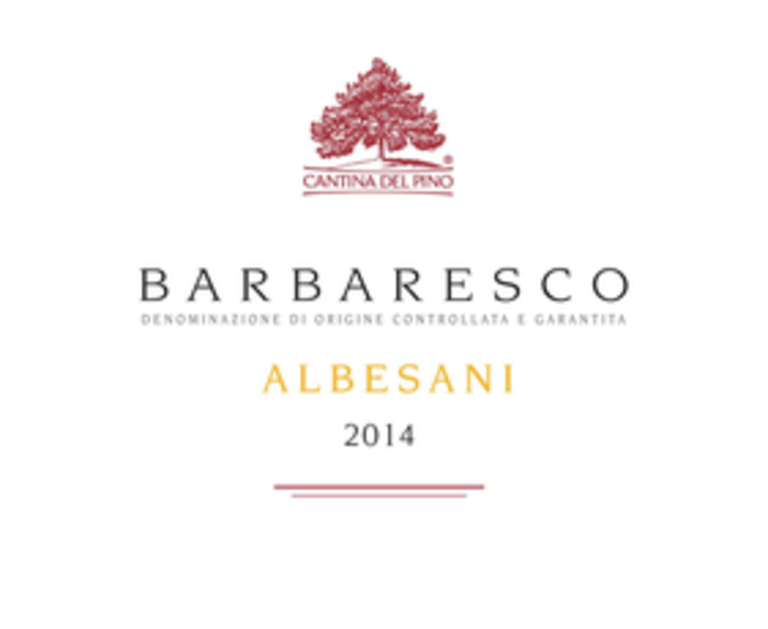 Cantina del Pino has emerged, seemingly recently, as one of the most important producers of Barbaresco. However their vineyard and family history could not be more intertwined with the history of Barbaresco. The very first wine labeled as Barbaresco, made by the "father" of Barbaresco, the renowned enologist Domizio Cavazza in 1894, was made from the Ovello Vineyard that Renato Vacca's great-great grandfather purchased from him a few years later and the family has owned ever since. Cavazza owned the estate, formerly known as Cascina Ovello, another nearby parcel, and also the castle. When his first son was born he planted a Pine tree at the top of Ovello and over time it became known as Cantina del Pino. That tree, depicted on the label, still stands today.

The bulk of their current vineyard land is on the historic cru “Ovello” in the commune of Barbaresco. Ovello’s elevation, exposure, both to the sun and the climate moderating effects of the nearby Tanaro river, vine age (80 years) and soil mix all contribute to the combination of finesse, complexity and power evident in the wines of Cantina del Pino. Ovello has a long track record of producing one of the most complex and elegant Barbaresco's. The estate has been acquiring new vineyards over the last few years spread around the village of Nieve. One, just a couple of hundred yards from Vigneto Santo Stefano in Albesani, which has been long considered a Grand Cru of the Nieve part of the Barbaresco zone. It is a very dark and powerful wine (though made in the exact same way) and so very complementary in the line to the incredible finesse of the Ovello. In its first release as a single vineyard bottling it garnered both a Tre Bicchierri award and a 95+ score (like the Ovello) from Galloni in the Wine AdvocateRobert Parker’s - The Wine Advocate -"Renato Vacca has emerged as one of the leading lights in Barbaresco. They also have sections of other well regarded cru's such as Starderi and Gallina which contribute to their "Classic" bottling.

Cantina del Pino has some of the oldest vineyards in Barbaresco. The vineyards were established nearly a hundred years ago by the former director of the Royal Enological School in Alba, Domizio Cavazza, who first called wine produced in that area from Nebbiolo grapes Barbaresco. The company is named after a pine tree he planted to mark the birth of his first son, and while his family did not take up the business after he died, the Vacca family who took over after him have maintained it ever since, now on their fourth generation.

The Vineyards and winery are all family-managed. Nebbiolo grapes come from the younger vines of the Ovello and Albesani vineyards, two of the best sites of Barbaresco. Barbera and Dolcetto come from surrounding areas in the Piedmont and Langhe and are vinified differently than the Barbarescos. Cantina del Pino produces three Barbarescos, a Langhe Nebbiolo, a Barbera d’Alba, and a Dolcetto d’Alba, as well as a Langhe Freisa. No chemical fertilizers, and vineyards are managed with an extreme respect to the enviroment. Vines average 40 years old. Wines are neither fined nor filtered.