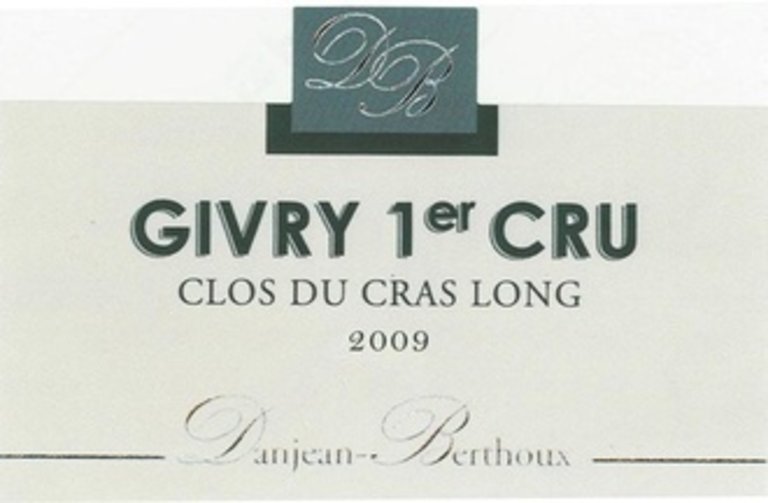 Very nice black fruit and mineral Givry. A steal in a small format. One to keep in the car. Or an excellent gift. Either way this is the bottle for when you need to pull the Burgundy ripcord on the go.

When Pascal Danjean assumed control of the family estate more than 20 years ago he decided he was going to begin bottling and stop selling the production to the local cooperative. In 1993 he bottled the estate's first vintage and the years since have seen him plant more of the estates holdings, which are primarily located in 1er Cru vineyards in the small village of Givry in Burgundy's Côte Chalonnaise. The wines are never fined or filtered and Pascal eschews the use of new wood almost entirely, resulting in soft, supple wines that allow the terroir to shine.

The appellation of Givry is located in the Burgundy sub-region of the Côte Chalonnaise immediately south of the Côte d’Or and consists of the communes of Givry, Dracy-le-Fort, and Jambles where Pascal Danjean is located. Both white and red wines are allowed in the AOC, but around 80% of Givry’s production is in red wine. There are nearly 275 hectares planted in Givry with just under 100 hectares of Premier Cru.

As for the soils, Givry is planted on oxfordian era limestone and clayey limestone that has a high proportion of iron and minerals. The terroir yields reds that are capable of firm structures but typically show very high-toned aromatics of violet, cloves, and delicate red cherry notes that make them the perfect pairing for paté, charcuterie, and terrines. The Chardonnays of Givry are bright, pale gold with notes of honey, citrus, and lily flowers.

Pascal now exploits just over 7 hecatares of vineyards in Givry including just under 1 hectare of Chardonnay. There is also .7 hectares of Mercurey in a vineyard called Les Chavances. He has pursued a greener path than his predecessors with reduced use of insecticides and other chemicals, and has implemented green harvests for reduced yields and thus richer wines. For the Pinots, Pascal elects to destem and all fermentation is carried out in neutral vats. Depending on the cuvée, the wine is then either aged in stainless steel or transferred to barrel. The Bourgogne rouge and part of the Village wine is aged in Stainless while the 1er Crus are raised in mostly neutral oak. The Chardonnay is aged almost entirely in stainless steel with 10% – 15% in neutral oak.