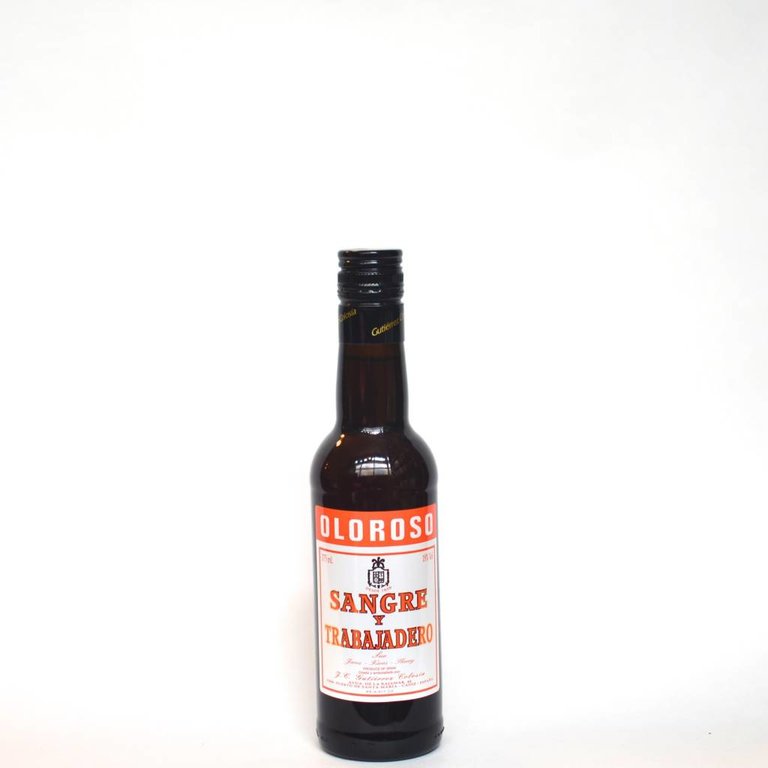 One of Sherry’s most iconic wines. Aged for an average of 12 years in the solera. The Sangre y Trabajadero solera began in the town of Jerez in the 1800s as the solera of a cooper whose trabajadero, a cooper’s yard where butts are constructed, was located on Calle Sangre, the street where the butchers were located. Named after this location, the oloroso was a favorite of the butchers and other Jerezanos alike. The solera was first sold to Bodega Lacave in Cadiz before being sold to Bodega Cuvillo in Puerto. After Cuvillo went bankrupt in 1982, Gutierrez Colosia purchased the solera. To this day, new ships built in the bay of Cadiz are ceremonially launched not with a bottle of Champagne, but with a bottle of Sangre y Trabajadero.

Since 1838, Gutierrez Colosia has been situated in the mouth of the river Guadalete in the town of El Puerto de Santa Maria. The quality of the Gutiérrez Colosía wines is guaranteed by careful ageing through a process known as "criaderas y soleras", following the region's tradition. The Gutiérrez Colosía wines are produced in "bodegas", or wine cellars, with an architectural style known as "Nave Cathedral" or cathedral like warehouse. These are buildings of significant height and numerous arcs which allow for a better exposure of the wines to the influence of the special climate of the Region. The Gutiérrez Colosía Bodegas are heirs to a long viticulture and wine producing tradition. Their first Bodega was built in 1838 and it has been preserved almost as such to this day. After different ownership, it was acquired by Mr. José Gutiérrez Dosal in the 1920s, the late great grandfather of this last generation of the Gutiérrez Colosía family. In 1969, the Gutiérrez Colosía family bought the ruins of the Palace of the Count of Cumbrehermosa -Cargador de Indias, which also included a wine cellar. Upon these ruins two additional cellars were built. In 1997, Gutierrez Colosia made the transition from almacenista to bottling their own sherries.
As it so often is in the Sherry triangle, it’s all about location. As Peter Liem explains, “The Gutierrez bodega benefits from a prime location, virtually on the banks of the Guadalete River, close to where it empties into the Bay of Cadiz. The winery is separated from the water only by the Avenida Bajamar and a parking lot on the other side of the street, and due to the resulting humidity, the flor is particularly active here.” Juan Carlos Gutierrez goes further, saying “In Sanlucar they talk about being close to the sea, but nobody is closer to the seas than we are.” The resulting wines, from the Fino all the way through the PX, possess a remarkable salinity. And not content to rest on their prime location, Gutierrez Colosia works closely with their growers, paying in advance for grapes to ensure they receive their choice of the best quality grapes.