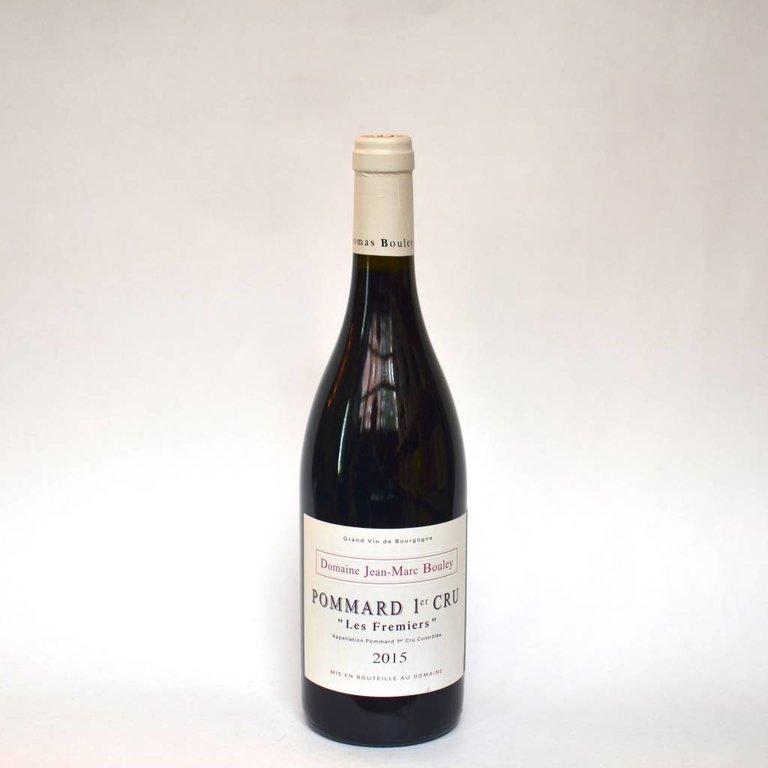 About the producer
Thomas Bouley’s domaine, which has been in his family for four generations, now consists of 12 hectares in Volnay, Pommard and Beaune. The winery is located underneath his house on a steep, narrow street in the village of Volnay. The house was originally built by a retired railroad engineer, and the cellars resemble train tunnels.

Thomas’ father, Jean-Marc, took over the domaine in 1985 and significantly expanded the holdings, buying choice parcels in Volnay and Pommard. He immediately attained international acclaim for his exciting, dramatic Pinot Noirs. Today, Thomas Bouley makes wines from 11 different appellations. Bouley aims for maximum extraction of color, flavor and aromas to yield wines that are lushly fruity, yet balanced and complex.

The 2002 vintage marked a turning point at Domaine Thomas Bouley. A number of positive, long-planned developments happily coincided with a superb vintage and today father and son share in the vineyard and winemaking tasks. Thomas brings a new vision of quality, influenced in some part by his experiences in California and New Zealand. Together, the Bouleys continue the essential work in the vineyards to enhance the quality and maturity of the grapes. Bouley’s soils are healthier than ever, as they have now not been treated with chemical products for over 7 years. Pruning methods and training of the vines have been adapted to reduce yields to 6-8 bunches per vine, each well placed so as to enhance exposure to sun and ventilation. Bouley aims to have his vines produce less fruit naturally. To achieve this, he has eliminated fertilization, encourages grass between the rows, plows regularly, and trims the upward push of the vines (rognage) very late in the season, thereby diminishing the amount of resources available in the plants for the production of grapes. The result is riper and naturally healthier fruit come harvest time.

Turning indoors, beginning with the 2002 vintage Bouley père et fils now work in their newly-renovated and expanded cellar (a few rows of the Clos de la Cave were sacrificed to make room for the expansion). Improved working conditions and humidity control made for more vivid, pure wines. Finally, Bouley increased the number of new oak casks to 30-70%, depending on the wine.

The results are truly brilliant, marking a new level of excellence chez Bouley. Jean-Marc’s goal, when he began with 2 hectares in 1974, has now been attained: to bring his estate to the level of the very best in Volnay and Pommard. What better testimony could one ask for than the six, 90+ reviews awarded to Bouley’s 2002s by Wine Spectator.