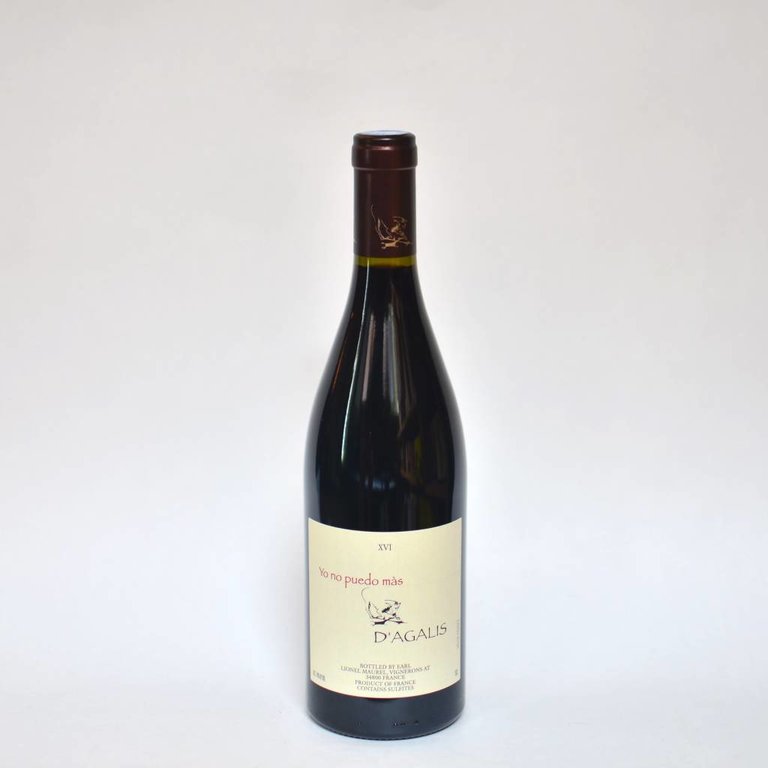 The average age of the vines: 29 years Carignan, 21 years Syrah, 13 years Mourvèdre, and 10 years for Greanche. All are planted on clay and limestone soils and are hand-harvested in early September, 100% de-stemmed, with spontaneous fermentation with native yeasts lasting 3 weeks. The wine is then moved to a vat for ten days before being moved to age 80% in resin tank and 20% in neutral oak barriques. At this point, a minimal amount of SO2 may be added to stabilize the wine in Januaray at bottling. Not filtered. Certified Organic.

Lionel Maurel is of the fourth generation of winemakers in his family, but he broke from the ways of his father and grandfather who previously sold their grapes to co-ops, choosing instead to make and sell his own wines in 2004. His land is in Nébian, about 40 kilometers northwest of Montpélier. He makes two cuvées from four classic Languedoc varietals—Syrah, Grenache, Mourvèdre, and Carignan—selling them under the classifications Vin de Table and Vin de Pays du Lac de Salagou. Young Lionel farms his grapes organically, paying special attention to each individual parcel. He tills the soil by hand, uses only organic fertilizers (cow and sheep manure), and treats his vines with copper and sulfur. Above all, he seeks to reflect the vintage in his wines. Lionel farms 2.4 hectares of 70-year old Carignan vines on terraces from the Villafranchian period (1.9 to 1.8 million years ago) with rolled pebbles. His 12-year old Grenache vines cover about one hectare of Villafranchian terraces, and he farms about 2.5 hectares of 14-year old Syrah vines, also on Villafranchian terraces. Finally, his 18-year old Mourvèdre vines cover about half a hectare, all yielding 30 hectoliters per hectare. All grapes are handpicked, sorted, and steeped. Fermentation lasts about 15 days and is begun using only indigenous yeasts without SO2. The wine is then moved to a vat for ten days before being moved to a cask. At this point, Lionel may add about 2 grams of sulfuric dioxide per hectoliter if needed, dependent upon the vintage. All wine is aged about 12 to 18 months in the barrel.